Nearly 70 million people in the world suffer from stuttering problem, which is nearly 10% of the total population. More than 5% of children born develop this disorder at some point in time, which may continue from several weeks to years. Out of these, 1 out of every 100 children will continue to stutter lifelong while the others will phase it out. If your child happens to be that 1 of 100, effective stuttering treatment can eradicate the ailment entirely.

There is more to stuttering than simply an inability to speak fluently. The causes and symptoms can be a combination of multiple pointers. Similarly, treatment for stuttering also happens in a variety of methods depending on the root cause.

In the end, the conclusive factor is that it is completely treatable and very many people have grown out of it to be successful. Stuttering treatment is gaining rapid prominence and with valid reasons.

Stuttering in children or even adults is a form of speaking disorder in which an individual repeats a particular word or prolongs them. In some cases, a person may also halt during speaking and not make any sound. He/she will be making the shape of the word with his/her mouth without saying anything.

While this phenomenon is common in people at times of stress or fatigue, it becomes a disorder when it recurs. Research has shown that this disorder shows itself during a child’s developing years. Many factors have been attributed as primary causes of child stuttering.

If the brain is slow in processing what the ear hears, it leads to poor communication. This, in turn, makes the person slow in responding. This cause often goes unnoticed, and a stuttering child remains untreated.

Research has shown that about 60% of children develop stuttering if a family member in his/her family tree has/had this disorder. A child may also pick up stuttering, learning from a stutterer. Proper stuttering treatment can eliminate this.

Probably the most common cause of childhood stuttering. Autism can be a key cause here. Also, low self-esteem, anxiety and a child’s environment may all combine and give rise to this disorder.

Signs and Symptoms of Stuttering:

Stuttering therapy comes in to diagnose this disorder and provides a remedy. An SLP takes note of the disruptions in a child’s fluency, his/her dealing capability, and reaction to the situation.

Often, an SLP, carrying out treatment, may resort to other forms of assessment like language skills to detect this.Our center provides specialized assessments for kids in Dubai and other northern emirates.

These methods employed in stuttering treatment depend on the extent of this disorder along with age. As stated before, autism can be a primary cause which may lead to this hindered speaking. Know more about the disorder in the following section.

Autism is a common phenomenon in children. It is a disorder that affects neural development and impairs social and communication skills of a child. Symptoms generally show at the age of three and deteriorate with growth. It gives rise to compulsive and ritualistic behavior, renders the child unsocial and often gives rise to communication disorders.

Stuttering is often seen as the first symptom to appear. Stuttering Cure can work to deal with autism. This is one of the early intervention steps that may work wonders to eradicate the disorder.

Importance of early intervention of autism:

Almost 1 in 100 people worldwide have autism and there is no full proof treating technique existent to date. Studies show that stuttering treatment has, at times, worked in this case and helped a child come out of it. The child has shown:

Early intervention with stuttering treatment or other forms leads to greater positive results in children with autism.

There are no listed down protocols that are used to detect autism. However, a few have come out with better results.

A behavior analyst studies a child’s interaction with his/her environment and suggests steps accordingly. This may include instructions for adults to interact in a categorized manner or developing the child’s natural interest. This will stop stuttering and other related autism symptoms.

For instance, if a child has a flare for speaking and communicating, a behavior analyst will detect that and advice treatment for stuttering or other similar disorder. This form addresses the child’s strengths and interests.

Children with autism show disruptive communication as a primary symptom. Therapy for stuttering helps here. A child undergoes a series of breath control and vocab development process to eliminate the hindrance in speaking.

In certain cases, stuttering therapy includes one-to-one sessions with a professional. Here, the expert counsels the child over multiple sessions to address any physiological issue causing the disorder.

Apart from these main ones, there are also techniques like AAC and PECS that have helped in early intervention in autism and tackling the disorder.

Intervention in Autism at the early stages, be it through stuttering treatment or any other form, helps to address and reduce the effect of this disorder. A child will speak as any other normal person and interact perfectly with his/her surroundings.

Developing communication helps in better interaction that, in turn, results in other cognitive skills development. Proper stuttering help is imperative in such cases.

How effective is stuttering treatment?

Treatment for stuttering eliminates this disorder to a massive extent. Actor Sam Neill came out of his stuttering problem through therapy and went on to act in the iconic Jurassic Park series. This is proof enough about the effectiveness of the existing techniques.

Opt for stuttering treatment for your child and eliminate this disorder. Verbal communication is associated with self-confidence and personal growth. So, do not leave it untreated. 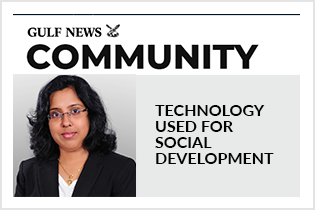